The use of medications to treat mental health conditions in children is on the rise, bringing with it an increase in the combinations of those drugs, an area in which there has been very little research — until now. 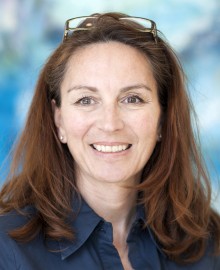 Almut Winterstein, Ph.D., a University of Florida College of Pharmacy professor in pharmaceutical outcomes and policy, is conducting a two-year study to identify potentially harmful combinations of psychotropic medications in children who receive Medicaid, and to help Medicaid discourage the use of those combinations. Psychotropic drugs are all medications used to treat mental health conditions, including stimulants to treat attention deficit hyperactivity disorder, antidepressants and antipsychotics.

“There are very few clinical studies that have been conducted really looking at the efficacy or safety of the use of combinations of psychotropic medications,” Winterstein said. “Yet many children do receive combinations, and we don’t know what that mean.”

Many parents and health care providers have been concerned about the unknown effects of children taking multiple medications prescribed by various practitioners, Winterstein said.

“The largest growth in ADHD diagnosis is attributed to pediatricians and not to psychiatrists,” Winterstein said. “So you actually have several providers now who prescribe psychotropic medications and coordination between providers and understanding of the various intents when psychotropic drugs were prescribed may be suboptimal.”

This study is one of three distinct projects Winterstein is conducting as part of a $510,788 research contract from the Center for Medicare and Medicaid Services and the Agency for Health Care Administration. Administered through the Florida Center for Medicaid and the Uninsured at UF, the contract allows Winterstein and her team to purchase Medicaid billing data from 29 states to complete this research.

Focusing on patients under the age of 20, Winterstein will analyze records from a database of all Medicaid programs in the 29 largest states, including Florida. This database covers about 85 percent of the whole Medicaid population in the United States, allowing her to make geographic and statewide comparisons in terms of how treatment patterns might vary and to describe what kind of treatment patterns are most prevalent.

“We have essentially all the billing data that Medicaid gets from providers,” Winterstein said. “That includes roughly 70 million patients.”

By analyzing these data, Winterstein can determine what psychotropic drug combinations are more prevalent and should be subjected to further research.