Each year in the United States, there are 17 million new biofilm-associated bacterial infections that lead to 550,000 deaths.  Biofilms house metabolically dormant, non-dividing persister cells that are encased within a protective extracellular polymeric matrix of biomolecules and display tolerance to every known class of antibiotic.  Despite the urgent need for clinical agents to effectively kill persistent biofilms, no biofilm-eradicating therapeutic currently exists, thus the development of the first biofilm-eradicating therapeutic agent would be one of the most critical biomedical breakthroughs of the twenty-first century. 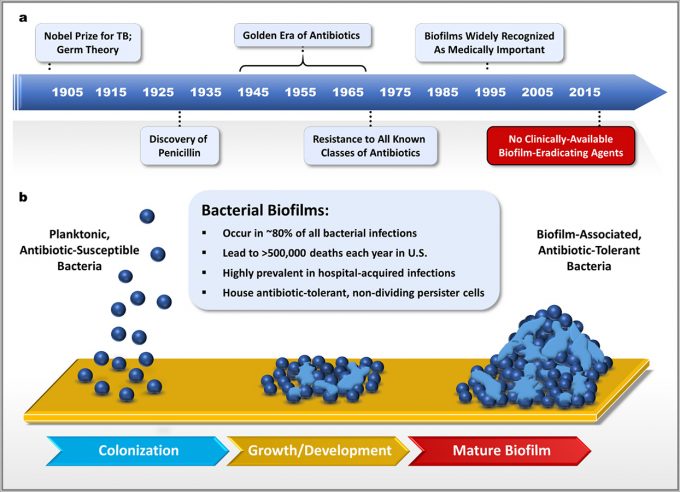 Our lab is interested in identifying new antibacterial agents that operate through unique modes of action to serve as tool molecules to understand complex biological systems and translate our findings into therapeutic agents.  In particular, our group seeks to identify small molecules that are capable of eradicating both planktonic (rapidly dividing, free-swimming) and biofilm (persistent, surface-attached communities) bacteria using a unique blend of synthetic organic chemistry, microbiology and chemical biology. 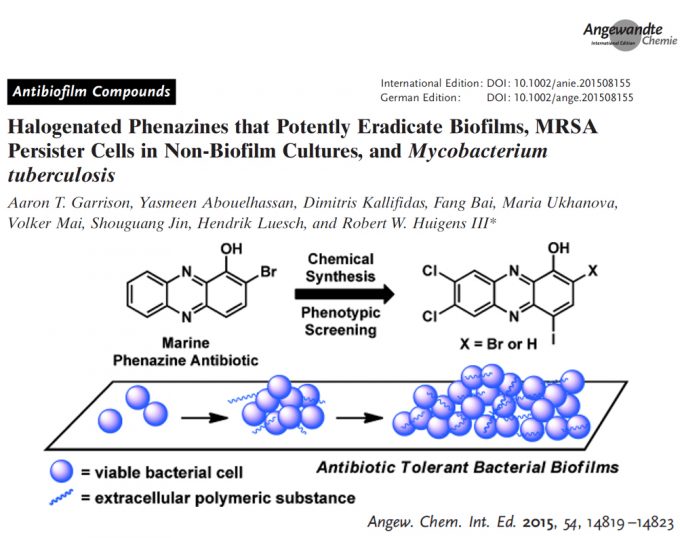 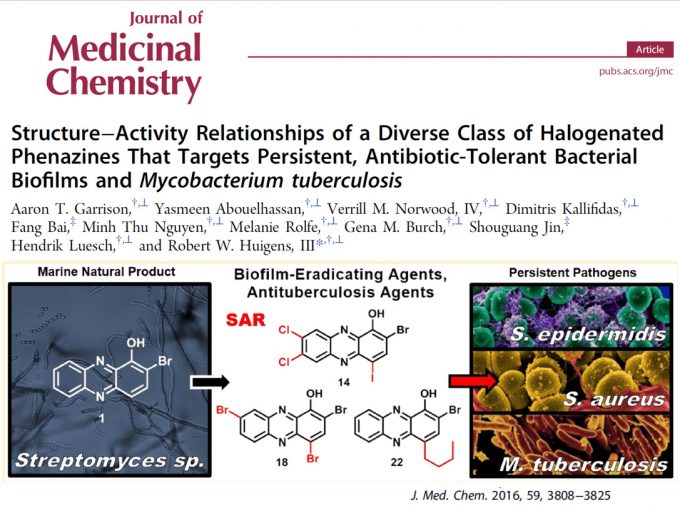 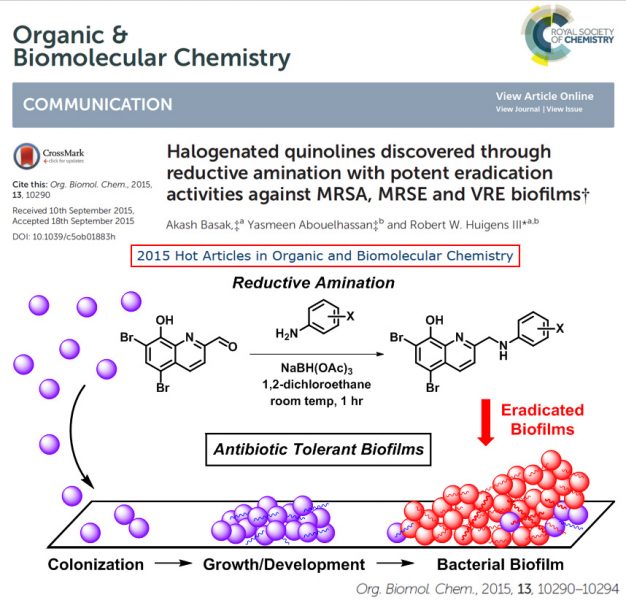 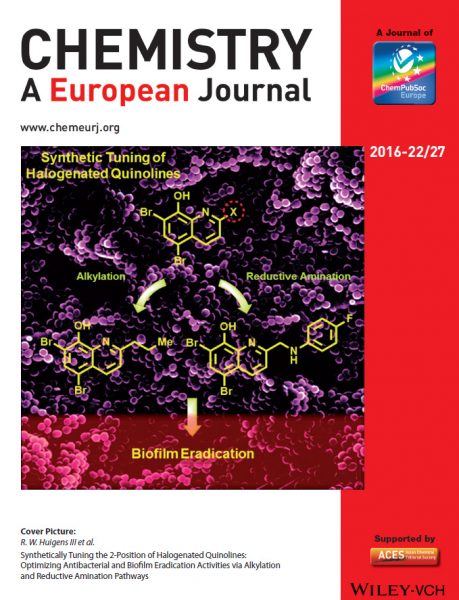 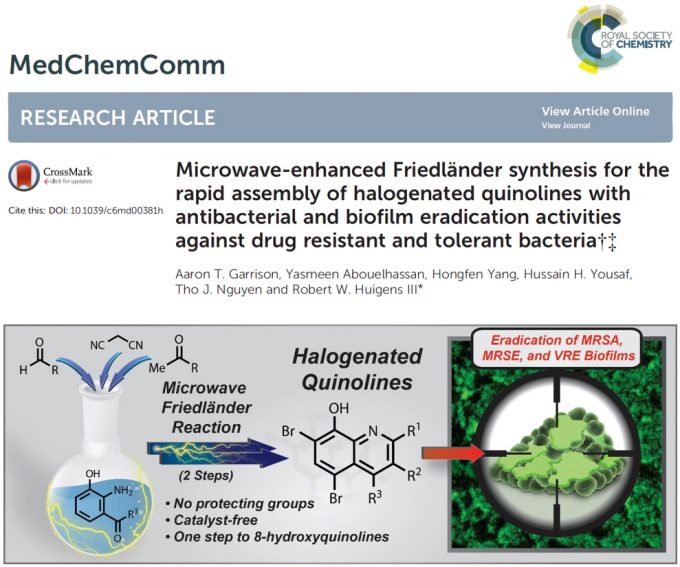 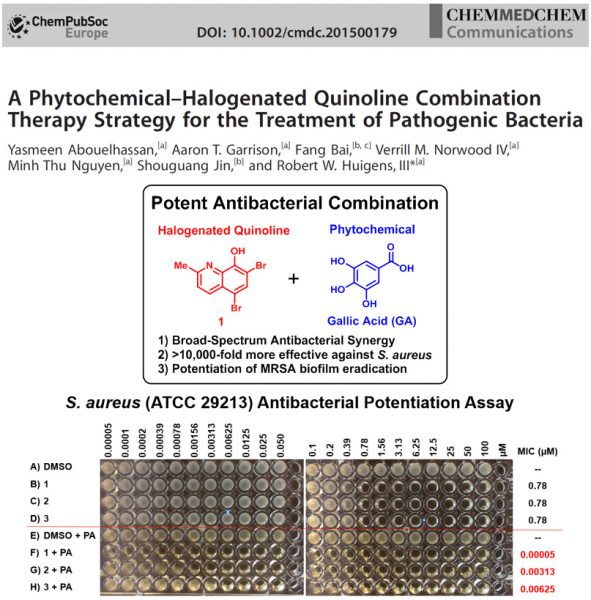 PA = Potentiating Agent (Gallic Acid) can be seen increasing the antibacterial activity of halogenated quinolines (compounds 1-3 in the panel above) against Staphylococcus aureus.  Compound 1 is potentiated 11,800-fold with gallic acid, which is non-toxic to S. aureus.