The American College of Clinical Pharmacology, has awarded its 2016 Tanabe Young Investigator Award to Stephan Schmidt, Ph.D., an assistant professor of pharmaceutics and associate director of the Center for Pharmacometrics and Systems Pharmacology in Lake Nona.

Dr. Thomas Schmittgen is identifying novel treatments and new ways to deliver those therapies by restoring microRNA levels in cancer cells in hopes of finding options for people with the disease. 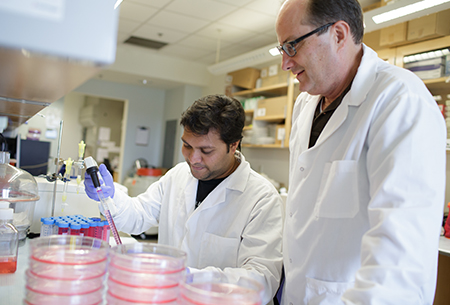 Thomson Reuters interviewed Lawrence Lesko, Ph.D., professor of pharmaceutics at the University of Florida College of Pharmacy. The story was featured in Thomson Reuters’ Research Highlight Series in the institution and government research section.  …

Biosimulation in drug development and regulatory science served as the focus of the symposium. 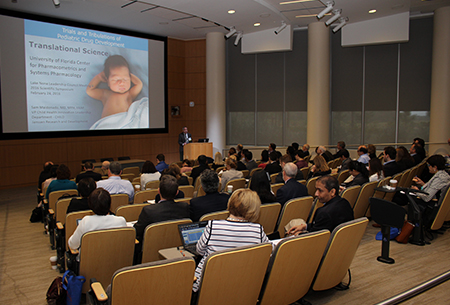 The research talents of nearly 70 College of Pharmacy graduate and professional students and postdoctoral fellows were on display at the 29th Annual Research Showcase competition. Stephan Schmidt, Ph.D., an assistant professor in the department of pharmaceutics, has been appointed as the vice chair of the Systems Pharmacology Community at the American Society for Clinical Pharmacology and Therapeutics, or ASCPT. In his role, he will lead efforts to develop a five-year strategic plan…

Dr. Hartmut Derendorf will serve as an ambassador of the University of Florida's academic and research achievements in his new alumni role. 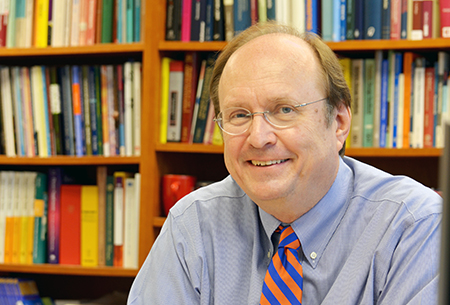 Nicholas Bodor, Ph.D., D.Sc., Graduate Research Professor Emeritus (active) at the UF College of Pharmacy, in 2011, received high honors from his native country, Hungary in recognition of his global scientific accomplishments. In August, the Hungarian government recognized Bodor at its official ceremony in Budapest. Bodor received the Commander's Cross of the Order of Merit of the Hungarian Republic, a prestigious state award of civil merit. He received the cross at an official ceremony in the Hungarian parliament on the eve of the August 20th national celebration of Hungary's canonized first king, St. Stephen. Bodor also received the complemental pin, the Knight's Cross of the Order of Merit and an ornate diploma summarizing his accomplishments. Previously, in 2004, he received the Gold Cross of Merit of the Hungarian Republic.