Ira C. Robinson Sr., ’66, has had a career nothing short of distinguished. He overcame racial tension and adversity to become the University of Florida’s first Black Ph.D. graduate — earning a degree in industrial pharmacy. He was the first Black Ph.D. senior research scientist at Pfizer, and at the age of 28, he became the nation’s youngest pharmacy college dean at his undergraduate alma mater Florida A&M University. Later in his career, he served as dean of the Howard University College of Pharmacy.

Robinson recently added to his list of accomplishments, as the recipient of UF’s Distinguished Alumnus Award. The honor is the highest bestowed upon a UF doctoral graduate and only about 300 individuals have ever received the award. UF recognized Robinson during the university’s Doctoral Recognition Ceremony on April 28.

“Throughout his career, Dr. Robinson has demonstrated being a trailblazer and pioneer in the profession of pharmacy,” said John Allen, Pharm.D., associate dean of diversity, inclusion and health equity in the UF College of Pharmacy. “His exemplary career in the pharmaceutical industry and pharmacy education was grounded in knowledge, skills, and attitudes obtained at the University of Florida, and were instrumental in his success. Being UF’s first Black Ph.D. graduate took great endurance and courage, and his greatest legacy may be found in the generations of Black students who have followed in his footsteps and sought a more equitable education.” 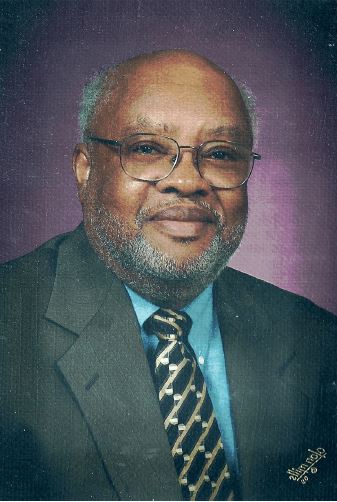 Robinson’s time as a UF graduate student was challenging in many respects. He struggled to receive financial awards, was denied an assistantship to teach undergraduate pharmacy students and was not afforded on-campus student housing. Not to be deterred, he used them as motivation to make his mark in pharmacy.

“When all is said and done, the University of Florida empowered me to be an activist pioneer in industrial pharmacy with the world’s largest pharmaceutical manufacturer and hold deanship positions at two colleges of pharmacy,” Robinson said during a 2021 interview. “UF gave me the tools, confidence and raw courage to venture into that vast technological and education world of the unknown, not just domestically but internationally as well.”

Robinson used his industrial pharmacy education to establish his own international pharmaceutical health care consulting business. He would advise the U.S. government and Ministries of Health around the world on drug supply logistics as well as the importation, manufacturing and storage of medications. His devotion to advancing Blacks in pharmacy was evident through his service to the profession. He founded and served as executive director for the National Pharmaceutical Foundation for 17 years and was instrumental in the establishment of the Student National Pharmaceutical Association, which is dedicated to the pharmacy profession and serving the underserved.

Editor’s Note: Dr. Robinson passed away on April 28, 2022, after a long illness. Our thoughts and prayers are with the Robinson family during this difficult time.