Wendy Caba Piloto, a fourth-year student at the University of Florida College of Pharmacy’s Jacksonville campus, was among a team of scientists and students who won a Poster of Distinction Award at the North American Society for Pediatric Gastroenterology, Hepatology and Nutrition Annual Meeting in December. 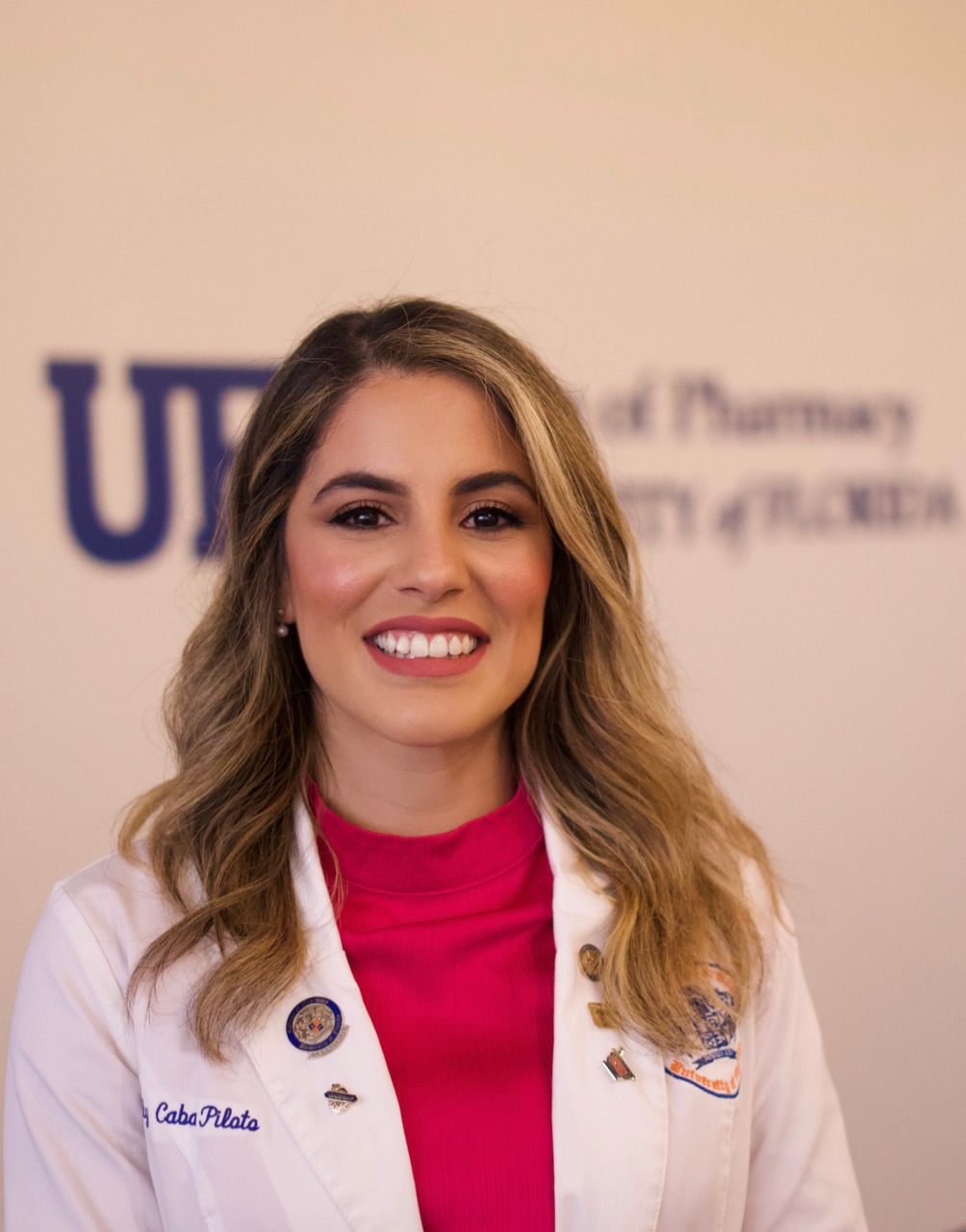 Caba Piloto’s poster titled, “TSLP/WDR36 Genetic Variant rs79881201 Associates with Response to PPI Therapy for Eosinophilic Esophagitis in Pediatric Patients,” was selected as exceptional by the organization’s abstract review committee. Her research found that pediatric patients who carry the genetic variant rs79881201 were nearly four times more likely to fail to respond to an eight-week Proton Pump Inhibitor treatment for Eosinophilic Esophagitis compared to pediatric patients without the variant.

Caba Piloto served as one of the primary investigators of the study, which was led by Edward Mougey, Ph.D., a research scientist and member of the Center for Pharmacogenomics and Translational Research at Nemours Children’s Health in Jacksonville. Mougey supervised Caba Piloto during the UF College of Pharmacy’s Intensive Summer Research Program.