The University of Florida College of Pharmacy has maintained its Top 5 national research ranking, according to an American Association of Colleges of Pharmacy, or AACP, report released June 2.

AACP compiles data from 140 colleges of pharmacy around the country. UF placed No. 3 nationally in NIH funding ($22.4 million) and total federal funding ($23.5 million), and No. 5 in total funding ($27.7 million). It’s the third consecutive year that the college ranked in the Top 5 of all three major categories.

“In a year disrupted by the COVID-19 pandemic, where research labs were shuttered for several months, it is incredibly gratifying to see the UF College of Pharmacy achieve such lofty rankings,” said Julie Johnson, Pharm.D., dean and distinguished professor in the UF College of Pharmacy. “Our faculty and their research teams demonstrated throughout the pandemic that the pursuit of scientific discovery is a noble mission, and they maintained precision focus on addressing some of the world’s most significant health challenges.”

The UF College of Pharmacy increased the number of faculty receiving NIH grants (from 34 to 37) and all extramural grants (from 48 to 53) during AACP’s reporting period from October 2019 to September 2020. Just five years ago, the college had only 14 faculty serve as principal or co-principal investigators on an NIH grant. AACP’s report also indicated that 90% of the college’s tenure-track research faculty were grant funded. 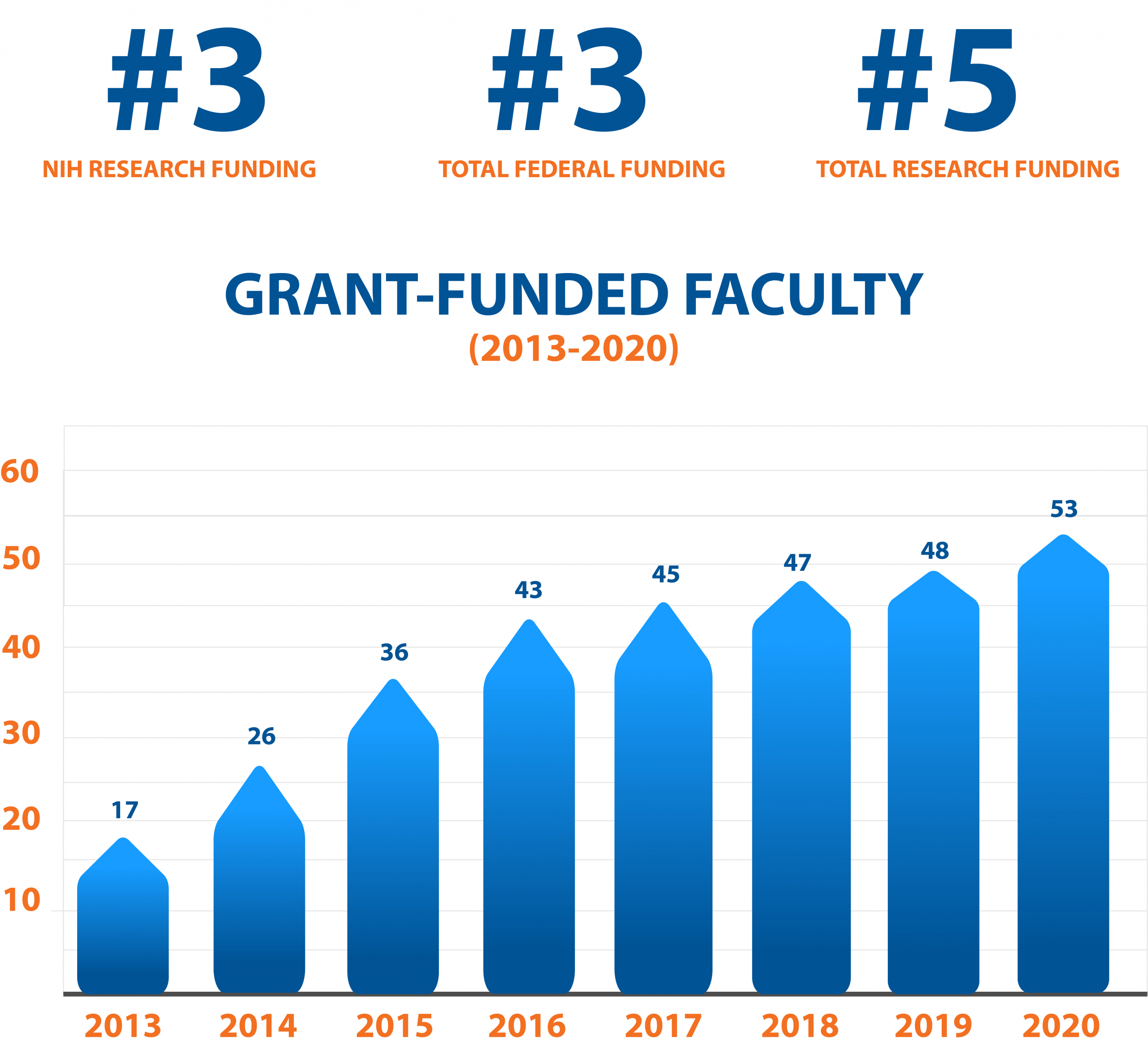