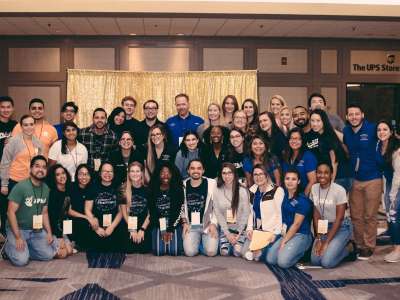 The 2019-20 UF APhA-ASP chapter won the first runner-up Chapter Achievement Award for Division A. The Chapter Achievement Awards Program recognizes outstanding activities of APhA-ASP chapters at colleges of pharmacy in the United States and Puerto Rico. “Our hardworking chapter leaders collaborated to improve our initiatives to propel our chapter to success,” said Joanna Ma, chapter president.

During the 2019-20 academic year, the chapter initiated two shadowing programs, where members were able to shadow pharmacists and student leaders within the chapter. Additionally, chapter leaders from the three UF campuses worked together to increase membership 150% from the prior year. 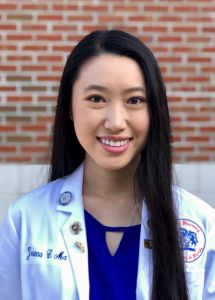 Joanna Ma, president of the UF APhA-ASP chapter and a third-year Pharm.D. student at the Gainesville campus, was one of four national recipients of the Student Leadership Award. The award recognizes outstanding academic achievement and leadership ability in APhA-ASP at the local, regional and national levels. “There are many student pharmacists who are also deserving of this award. It is a huge honor to be recognized by APhA on a national level,” Ma said. “I attribute the Student Leadership Award to the support of our UF APhA-ASP chapter as well as the support from the faculty and staff from the UF College of Pharmacy. Without them, this award would not have been possible.” 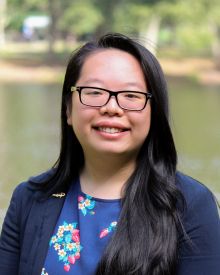 Shirly Ly, president-elect of the UF APhA-ASP chapter and a second-year Pharm.D. student at the Gainesville campus, was appointed to the organization’s National Standing Committee of Communications for 2021-22. The committee provides student pharmacist members with information that will increase their awareness of membership and engagement in APhA through social media and communications. “I aim to serve as a voice for our student pharmacists and continue to highlight our chapter’s achievements,” Ly said. “I am thankful for the opportunity to serve an organization like APhA-ASP, which continues to provide a platform for students to strive for personal and professional growth.”