Julie Johnson, Pharm.D., and Richard Lalonde, Pharm.D., from the University of Florida College of Pharmacy were among 10 clinical pharmacologists and translational scientists recognized with a 2021 American Society for Clinical Pharmacology and Therapeutics, or ASCPT, award during the organization’s annual meeting.

Johnson serves as dean of the UF College of Pharmacy and a distinguished professor of pharmacy and medicine. She received the Rawls-Palmer Progress in Medicine Award for her scientific contributions impacting pharmacology research and clinical practice. A recognized leader in cardiovascular pharmacogenomics and precision medicine, Johnson leads a National Institutes of Health-funded program in precision medicine implementation and a genomic medicine training grant. She has written more than 300 original research articles and was a Clarivate Analytics Highly Cited Researcher each year from 2015-18, an honor indicating she is in the top 1% of authors with the most highly cited papers in the previous decade. 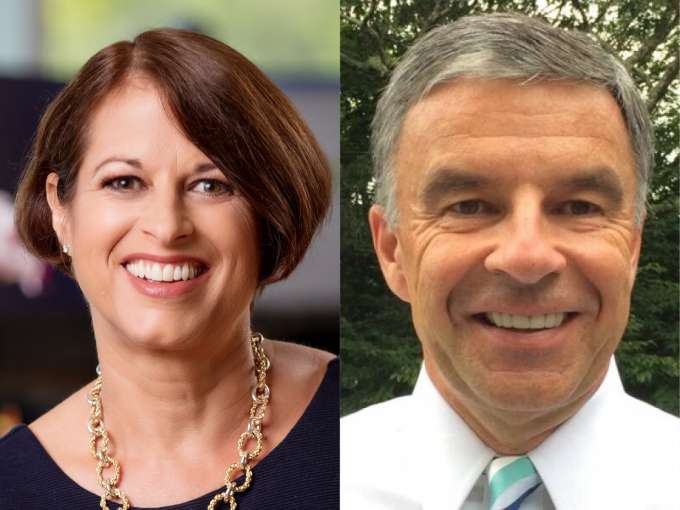 The Rawls-Palmer Progress in Medicine Award was established by Dr. W. B. Rawls in 1978, to further his commitment to continuing medical education and its impact on patient care. As the award recipient, Johnson presented a lecture at the ASCPT annual meeting titled, “Using Clinical Pharmacology Tools to Improve Patient Care.” Her lecture provided a high-level overview of her work in clinical pharmacology, particularly pharmacogenetics, from discovery research to clinical implementation and improving outcomes using a patient’s genetic data.

Lalonde is an adjunct clinical professor in the UF College of Pharmacy and a pharmaceutical industry consultant. He was honored with the Oscar B. Hunter Career Award.  The award was established in 1955 to recognize a scientist whose lifetime contributions have advanced clinical pharmacology and therapeutics.  In his award lecture, Lalonde discussed the progress with model-based methods in clinical pharmacology and the impact on drug development over the past decades.

Johnson and Lalonde have been active members of ASCPT for more than 30 years. They have both served as president of the organization and been involved in many ASCPT programs, task forces and committees. Johnson previously won ASCPT’s Leon I. Goldberg Young Investigator Award in 2004, and Lalonde received the Gary Neil Prize for Innovation in Drug Development from ASCPT in 2017.