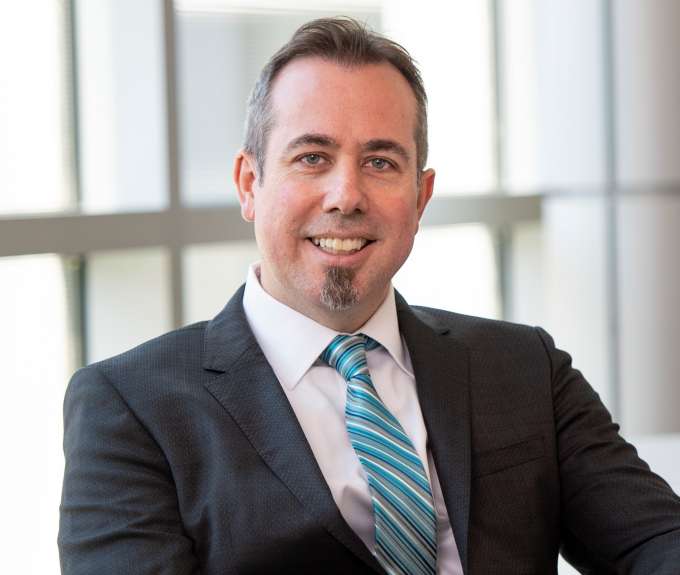 In his new role, MacKinnon will oversee AU’s academic and research initiatives, lead efforts to broaden diversity, equity and inclusion on campus and strengthen the university’s national and global profile. In addition, he will serve on the board of AU Health.

“It’s fairly rare for a pharmacist to become provost,” MacKinnon said. “I’m excited for the ability to have an impact and influence on the entire academic enterprise of a public, research university versus one college or school.”

MacKinnon is believed to be one of the first — if not the first — UF College of Pharmacy graduates to ascend into a provost role at a public university. He studied pharmacy health care administration in the UF College of Pharmacy from 1995-99 and was mentored by Charles Hepler, Ph.D., M.S., a distinguished professor emeritus in the department of pharmaceutical outcomes and policy. MacKinnon credits the critical thinking and time management skills he developed at UF with preparing him for a career in higher education administration.

MacKinnon also completed a fellowship in UF’s DuBow Family Center for Pharmaceutical Care under the direction of Hepler. The fellowship complemented his graduate studies and provided practical, real-world experience working with pharmacy organizations to expand the role of pharmacists and adopt pharmaceutical care.

“Looking back, UF was an incredibly special place,” MacKinnon said. “The depth and breadth of the expertise of the faculty was amazing. Dr. Rich Segal, who was department chair at the time, did a wonderful job building a high functioning department and a culture where graduate students could thrive.”

MacKinnon met his wife, Leanne, MSc.(OT), at UF. She is an occupational therapist and a 1999 graduate of the UF College of Public Health and Health Professions.