The University of Florida College of Pharmacy achieved its highest ranking ever in the U.S. News & World Report list of America’s best pharmacy colleges, climbing four spots to No. 5 in the rankings released March 17, 2020. 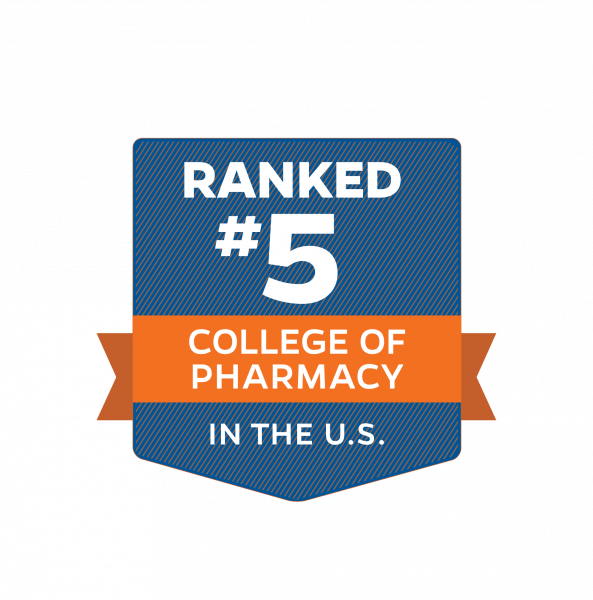 This is the first time the UF College of Pharmacy has appeared in the Top 5 of the U.S. News list, since the publisher began ranking pharmacy colleges in 1997. UF’s previous top finish was No. 7, which was achieved in 1997.

“Achieving a Top 5 ranking affirms our position as one of the elite pharmacy colleges in the nation and is a testament to all the amazing work by our faculty, staff, students and others to attain this goal,” said Julie Johnson, Pharm.D., dean and distinguished professor of the UF College of Pharmacy. “It’s gratifying to know that our aggressive moves to improve the quality of our pharmacy education, add new faculty and expand research programs are reflected in this new national ranking.”

Under Dean Johnson’s leadership, the college modernized its Doctor of Pharmacy curriculum to prepare students to be 21st century pharmacists. Today’s curriculum puts a greater emphasis on pharmacists as health care leaders and critical members of the health care team and empowers graduates to be lifelong learners. In addition, the UF College of Pharmacy has aggressively recruited some of the nation’s top pharmacy researchers and clinicians to support more than 50 new faculty positions added in the last seven years.

“These rankings reflect a growing and widespread consensus: The University of Florida’s expertise in medical and pharmacy research and education is among the nation’s best,” said David R. Nelson, M.D., senior vice president for health affairs and president of UF Health, the university’s academic health center. “Continually improving UF Health’s standings among the country’s elite health care programs requires intense dedication by many people. It is very rewarding to see those accomplishments recognized yet again.”

The Top 5 ranking for the College of Pharmacy follows the University of Florida’s climb to the No. 7 public university in the 2020 U.S. News & World Report Best Schools rankings. This is UF’s third consecutive year on the list as a Top 10 public university.

Among the pharmacy colleges in Florida, UF remains the only program ranked in the Top 60.