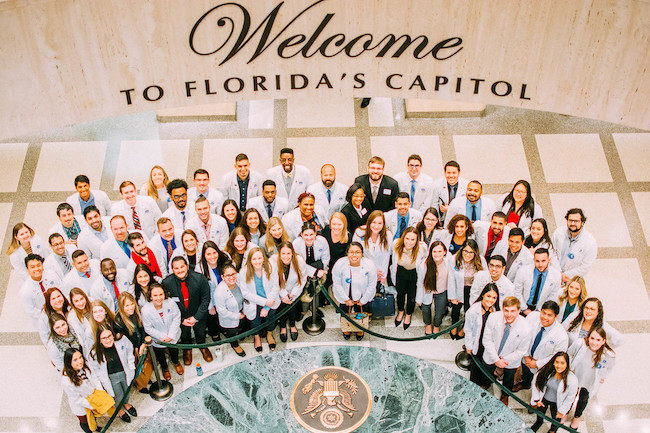 Pharmacy students from the University of Florida and other pharmacy colleges in Florida descended on the state capitol in Tallahassee for two days in January to advocate for the profession. The annual Legislative Days event is one of the largest statewide gatherings of pharmacy students. This year, more than 100 students from the Gainesville, Jacksonville and Orlando campuses participated.

The UF contingent met with state lawmakers and advocated for pharmacists’ roles to be expanded in health care. In addition, many UF pharmacy students joined a press conference hosted by the Florida Pharmacy Association to show their support for a proposed bill which would allow pharmacists to test and treat Floridians for influenza and streptococcus.