The University of Florida has honored Steven Smith, Pharm.D., M.P.H., with the Excellence Award for Assistant Professors — one of the university’s top awards for a junior faculty member. 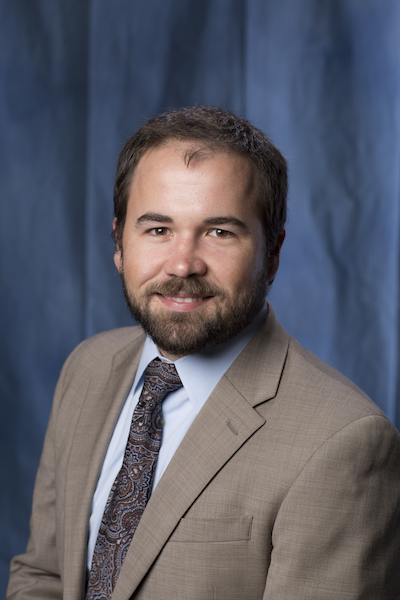 Smith serves as an assistant professor in the UF College of Pharmacy’s department of pharmacotherapy and translational research. He joined the college in 2014 and has excelled at advancing research around cardiovascular pharmacotherapy and hypertension. Last year, he received a prestigious K award from the National Heart, Lung and Blood Institute of the National Institutes of Health to support early career development as a scientist. In addition, he has published more than 65 peer-reviewed articles and book chapters.

“Dr. Smith has established a very successful track record of accomplishments early in his career, and he is uniquely worthy of this award,” said Julie Johnson, Pharm.D., dean and distinguished professor in the UF College of Pharmacy. “Through his research and publications, he is already recognized nationally as a leader in the area of hypertension and resistant hypertension.”

Smith has many notable accomplishments during his time at UF. In 2014, he was selected as the Institute of Medicine Fellow in Pharmacy, becoming only the second pharmacist to be selected for the award. He received the New Investigator Award from the American College of Clinical Pharmacy in 2015, and in February of 2019, he became the first pharmacist appointed to the board of directors for the Consortium for Southeastern Hypertension Control.

There are more than 500 tenure-track assistant professors at UF, and Smith is one of only 10 to receive a 2019 Excellence Award for Assistant Professors. The award comes with a $5,000 stipend to support research-related expenses such as travel, books, equipment and graduate student salaries.