Clarivate Analytics has named Julie Johnson, Pharm.D., dean and distinguished professor in the University of Florida College of Pharmacy, as a 2018 Highly Cited Researcher. Clarivate Analytics bestows the honor upon scholars who have produced multiple highly cited papers and rank in the top 1 percent of citations for a publication field and year, over a 10-year period. Johnson made the list this year in a new “cross-field” category, which identifies researchers with substantial influence across several fields during the last decade. 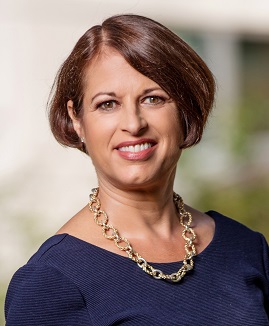 Johnson is recognized internationally as one of the leading researchers in the field of pharmacogenomics and precision medicine. During her academic career, she has secured more than $44 million in funding as a principal investigator and authored more than 270 original articles. In 2014, she was elected to the National Academy of Medicine.

The Highly Cited Researcher list is generated through citation analysis, which identifies influential researchers as determined by their peers around the globe – those who have consistently won recognition in the form of high citation counts over a decade. Placement on the list is recognized as a significant achievement for those named.

The full Highly Cited Researchers 2018 list can be found online at https://clarivate.com/hcr/.