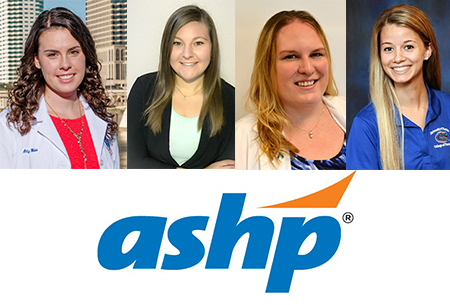 Four pharmacy students from the University of Florida College of Pharmacy’s St. Petersburg campus have been appointed to American Society of Health-System Pharmacists, or ASHP, student advisory groups.

There are six ASHP advisory groups that provide advice and guidance for student members to help them successfully launch careers in hospital and health-system practice. Each advisory group is made up of 15 student pharmacists from universities across the United States.