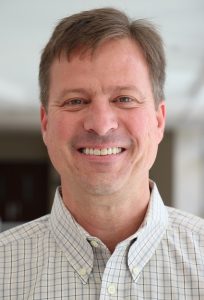 The University of Florida College of Pharmacy has appointed Lance R. McMahon, Ph.D., chair of the department of pharmacodynamics, effective August 14.

McMahon joins UF from the University of Texas Health San Antonio where he served as an associate professor in the department of pharmacology. During his 17 year tenure at UT Health San Antonio, McMahon secured nearly $10 million in federal research funding and published more than 80 peer-reviewed journal articles. His research focuses on behavioral approaches to identify and understand the mechanisms underlying drug abuse and dependence. As director of the UT Health San Antonio Cannabinoid and Nicotine Neurobiology Laboratory, he led a team of researchers and trainees that sought to understand how drugs such as nicotine, cocaine and cannabinoids work in the central nervous system. His lab’s research sets the stage for developing novel medicines with little or no potential for abuse.

A native Texan, McMahon earned his Ph.D. and M.S. degrees from the University of Texas A&M. He completed postdoctoral training at the University of Texas Medical Branch in Galveston. During his career, he has served on multiple committees including seven National Institutes of Health Study Section Reviews. In addition, he has taught pharmacology and neuroscience courses across multiple disciplines of study.

As chair of the department of pharmacodynamics, McMahon will lead a team of seven faculty members who collectively secured $2.1 million in research funding in 2016. He is expected to lead the recruitment of additional faculty and expand the department’s research vision for understanding mechanisms of disease and developing new therapeutics.